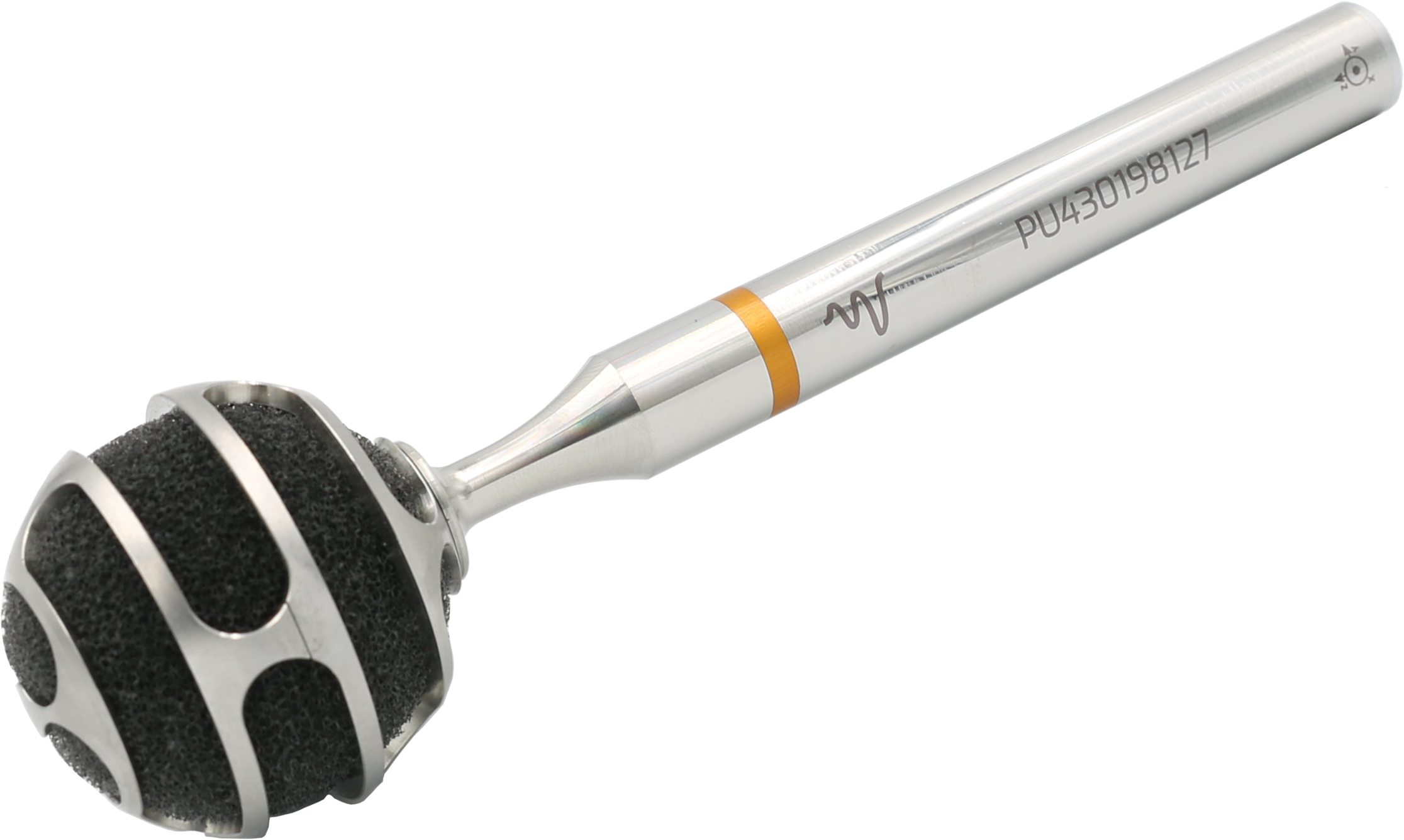 Sound intensity probes manufactured at Weles Acoustics are built from high quality materials carefully picked during the probes’ design stage. The casing of WA301 sound intensity probe is built out of high quality stainless steel. Four acoustic transducers were fitted into the housing, a conventional sound pressure microphone and the three Weles particle velocity sensors. The head of the probe was engineered to provide maximum acoustic transparency while maintaining protection for all sensing elements from particles of dust, sand or oil.

The robust and durable housing encloses a 3D printed mechanical sound amplifier that is built around the Weles particle velocity sensors. The mechanical amplifier is designed to increase the signal-to-noise ratio of velocity transducers. Thanks to this unique architecture, sound intensity is measured almost exactly at the same point. The distance separating all sensing elements is smaller than 6mm, making the WA301 a very compact and capable solution.

WA301 probe is built, assembled and tested by Weles Acoustics. Each probe is calibrated and mechanically tested to withstand shocks and excessive vibration – This PU sound intensity probe is built to endure. See specification for details.

Each WA301 probe is delivered with a Weles BOX. Connection between the probe and the BOX is established with a 7-pin LEMO cable. The BOX is designed to provide power to all sensing elements built into the probe. Furthermore, the Weles BOX acts as an interface between any data acquisition system that is meant to process analog signals provided by the probe. For WA301 sound intensity probe four signals are provided over four BNC connectors: sound pressure and triaxial particle velocity (X, Y and Z axis as separate analog signals).